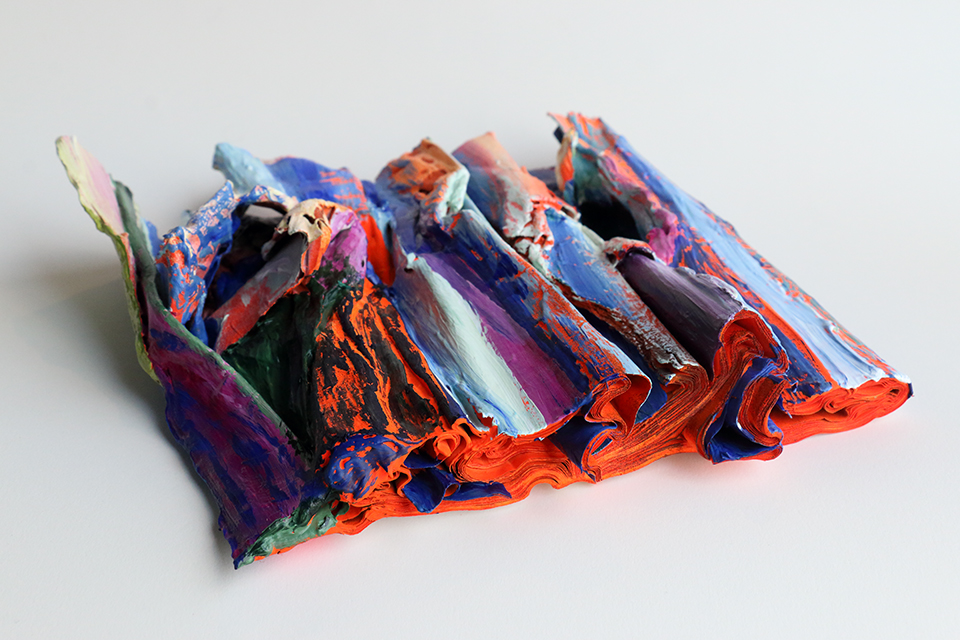 In “Ghost Stories”, discarded novels are sculpted and painted into baroque forms. The resulting objects no longer serve their previous function. Unable to be read, they transform into something formal, physical, and material-based. This process becomes an act of desecration followed by an act of resurrection, resulting in peculiar reanimated corpses.

The novels remain anonymous. They represent themselves in their physical form only. Comparing what is present, tangible, or experiential to what is lost, implied, or obscured adds to the nuance of the work.
The objects are accompanied by spoken word audio, filling the surrounding space with truncated and breathy utterances. These sounds are not quite words, instead being only partially formed, clipped off vocalizations. Their abridgments are the result of readings from texts that have been concealed and redacted.
Listen to an audio excerpt here. (link coming soon)