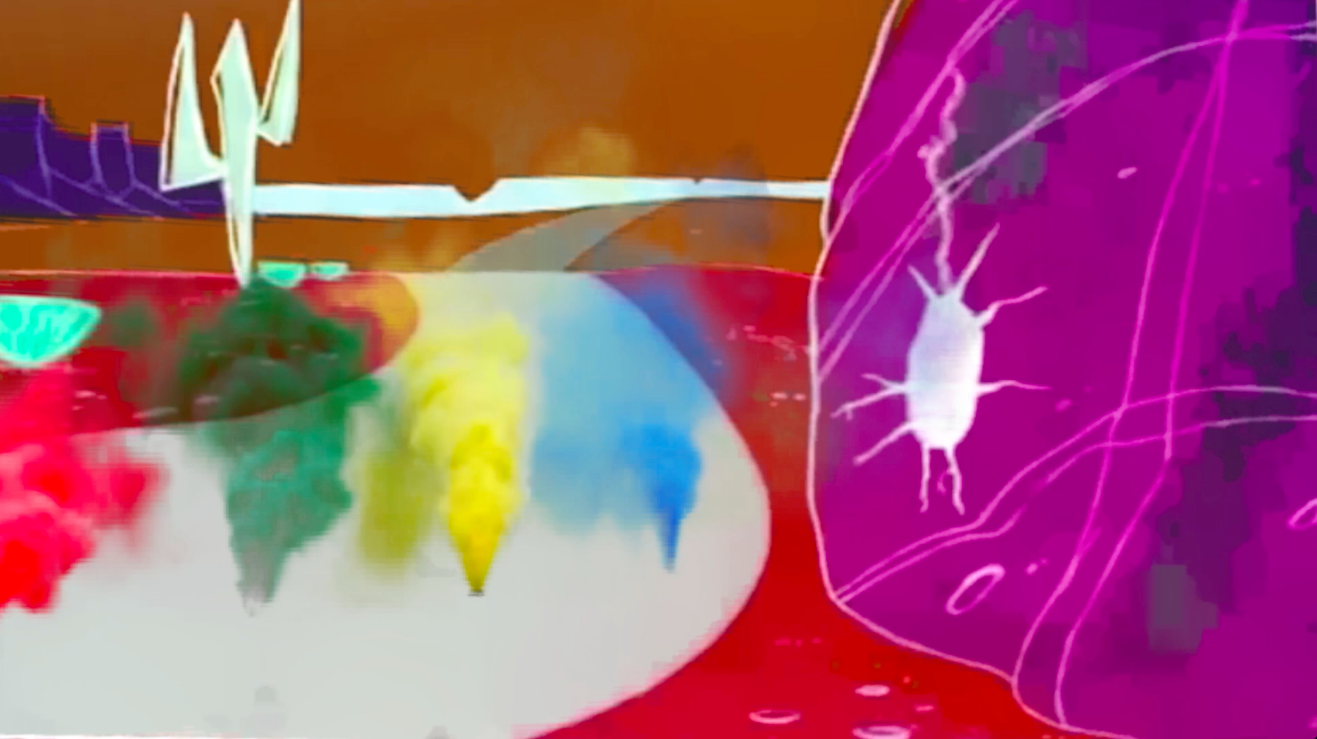 The motivational ideas behind this video are twofold. What began as a reflection on childhood through the eyes of an adult became about migratory acts. I became interested in the notion of the unknown territory, which, when visited, possesses elements that are terrifying and beautiful in equal measures.

The video is constructed out of a conglomeration of appropriated images, sounds, and spoken words that deal with migration, border crossing, the claiming of territories, and the concept of home. I remixed this material with self-shot video, sound composed with my own instruments and words, and digital animation. I see this as the perfect embodiment of our countries social and cultural identity as a melting pot, both in a contemporary digital sense and in the historic sense.

This piece becomes surreal and disorienting as a variety of disconnected metaphors inhabit a singular non-linear time-line. These metaphors blend into and interrupt one another, and this overlap creates a hybrid identity, one that discards or reinvents elements of its own past to attempt assimilation.

The idea of displacement is heightened by the blurred boundaries of how space is constantly oscillating between passive backdrop and kinetic participant. Additionally, visualizations of the landscape shuffle from stylized cartoon renderings to eerie, real-world dreamscapes, challenging the viewers ability to distinguish reality from the imagined and corporeality from memory.