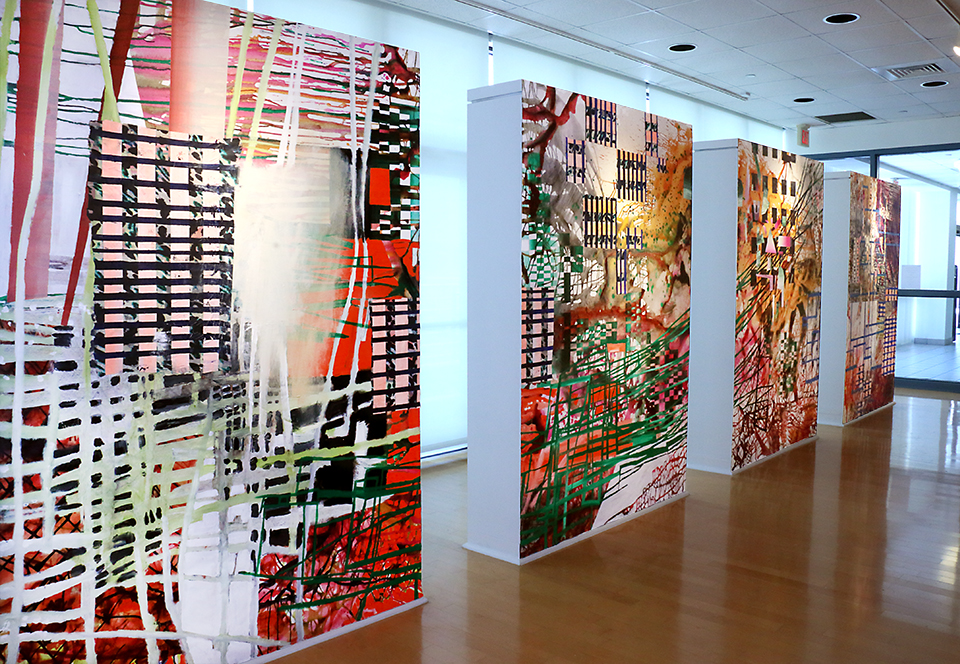 In Carry the Fire, I created a wall-based, site-specific installation that brought painting into the realm of architecture. I was immediately drawn to the monolithic modular walls and saw them as an opportunity to play around with the idea of structure, the grid, and architectural cadence. They presented a strong frontal orientation to the viewer as they entered the space, which meant that I could simultaneously assert painting as a form of psychological presence upon a space but also allow for the viewer to penetrate the paintings surface into the suggestion of space.

This dichotomy was heightened by the experience of viewing the long, horizontal painting as a collective, singular thing, while also viewing each singular panel as an autonomous thing, developing it’s own dimension and identity free from the collective four-panel whole.

The perforations between each panel become tense areas of space that carry a form of invisible painting, breeching the very architectural framework of the room. The wall of windows, with its soft, diffuse natural light and ephemeral grid of fluidly shifting shadows, is echoed in the painting itself, as the typically regulated and strict partitioning of the grid is painted as something biological, cellular, or cosmological.