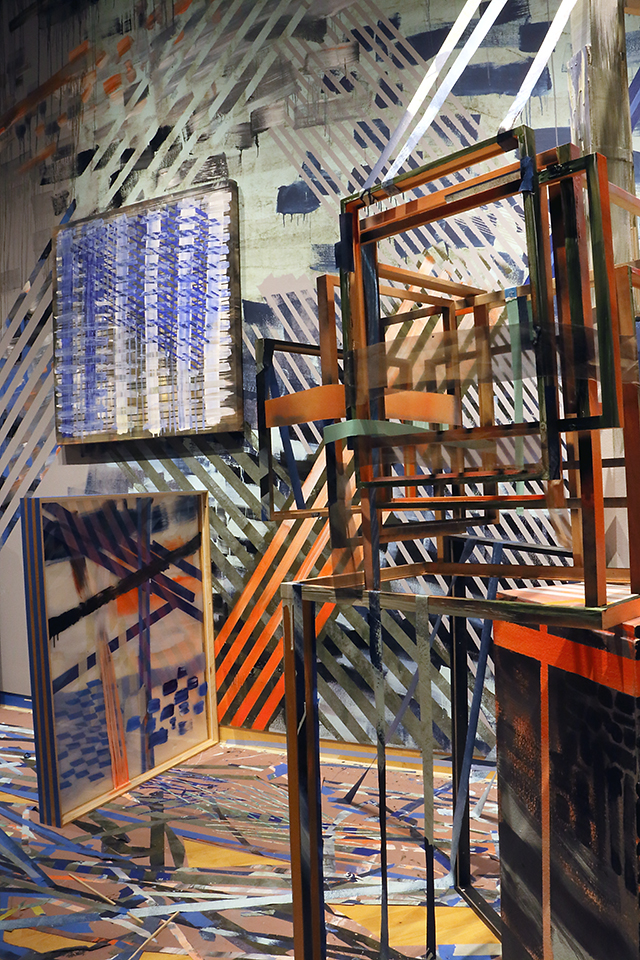 In Full Fathom Five, I was interested in using the frame as a form of raw material to investigate issues of containment, value, and proprietorship. The concept of the frame brings to mind ideas of privilege within the viewing experience as it is characteristically used not only as a device to stop or enclose the space being painted but also delineates a works importance, both aesthetically and financially. By deconstructing the nature and purpose of the frame and recontextualizing it within the expanded field of an installation, I will be examining the process of how a painting is made and the experience of how a painting is viewed.

As part of this exhibition I not only transported my studio into the museum, I also allowed the public to have access to the gallery while I created the installation. This heightened access to my studio practice allowed the viewer to witness the process of creation itself, not just the product, and with that they saw the trials and errors that lay the foundation for successful work.

The title “Full Fathom Five” is a playful reference to my simultaneous connection to and frustration with Abstract Expressionism, as it echoes both the title of a Jackson Pollock painting and a scene from The Tempest by Shakespeare. In the scene, one of the plays protagonists survives a ship wreck and mistakenly believes his father has drowned.